A man with a real passion for squash, let’s
welcome our new title sponsor Rory Gillen 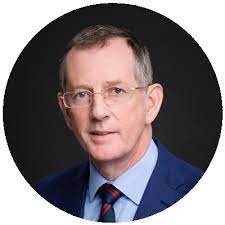 The 2022 Canary Wharf Classic has a new title sponsor and Rory Gillen, founder of GillenMarkets, is delighted to be supporting his favourite event on the PSA World Tour.

Squash-loving Rory is a regular supporter of the tournament, flying over from Dublin most years to enjoy meeting friends upstairs in the VIP Bar.

It’s the best view of squash, anywhere in the world, and this year Rory can look forward to seeing his company logo taking prime position on the front wall of the glass court.

“I first came over in 2006 and have been to most tournaments since then. It’s always a great tournament and takes place inside a magnificent venue.

“It’s always good to see every seat sold out and to enjoy watching matches of such a high quality.

“As a squash lover, it’s a dream event to sponsor. For the players, it’s got to be very encouraging to play in front of a full house the whole time. The atmosphere must make a difference to them.”

Rory has enjoyed a long-term passion for the game of squash. He describes himself as an “average club player” turning out in the Leinster League for the Westwood Club in Leopardstown.

“There were lots of late nights – too many to mention,” he added. “Squash has a great social side and hordes of us used to travel across from Dublin to watch the British Open in Birmingham, Cardiff and Manchester. Twenty of us used to go over.” 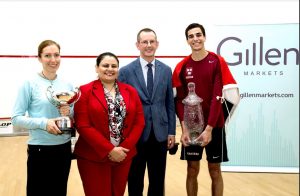 He served as treasurer for Irish Squash for many years and stood in as chairman for a year. He has also sponsored the Irish Open in 2015 when a very young-looking Ali Farag won the men’s event and Irish legend Madeline Perry claimed her sixth and final title.

Rory added: “I am really looking forward to Canary Wharf and I am supporting the event because of my love for the game.

“I would like to encourage more London-based companies, and especially those based at Canary Wharf, to get involved in such a successful event with a high-quality international profile.

“The players have shown their resilience during the past two years of Covid and companies like the CIB Bank in Egypt helped to rescue the Tour during a very challenging period for the game.”

When Rory says “my heart is in it for the long haul” he is also referring to plans to build a new not-for-profit club in Greystones, a coastal town 15 miles from Dublin’s city centre.

“The nearest club is Westwood, which is 10 miles away, and further south you have to travel 40 miles to find the next squash club. The only hurdle at the moment is finding the right patch of land.” 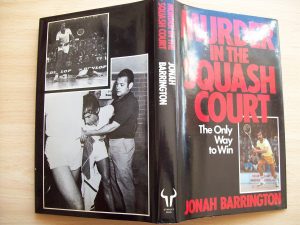 In tandem with Jonah and Joey Barrington, he is also assisting in the republishing of the three books covering Jonah Barrington’s career – The Book of Jonah (1972), Murder in the Squash Court (1982) and Jonah, the authorised biography (1983).

His book 3 Steps to Investment Success: How to Obtain the Returns, While Controlling Risk is available on Amazon (Hard cover £10; Kindle edition £8): 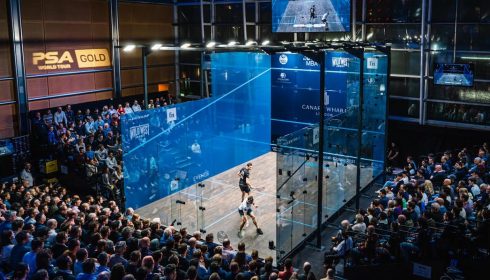