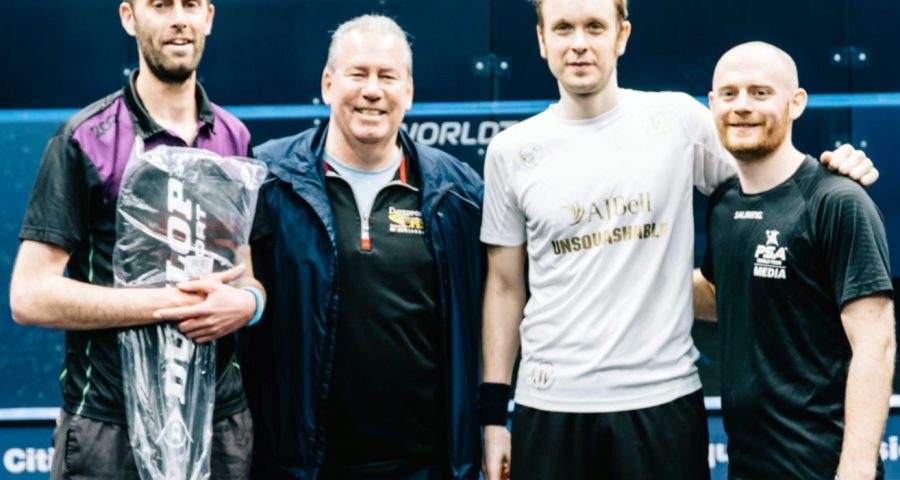 We had some great fun yesterday morning with a Media Competition on the glass court during the Citigold Wealth Management Canary Wharf Squash Classic.

James Willstrop was on hand to present the prizes after two hard-fought round robin groups and some impressive squash in the final from Mike Dale (at least somebody at Squash Player knows something about the game) and the PSA’s Nathan Clarke.

Mike was literally head and shoulders above everybody else (especially Jack Wilson from the Express) and snuck home in the final.

With Canary Wharf a regular venue for innovation in squash, we trialled a new scoring format of one game PAR to 9 for the two round groups with the final best of three games PAR to 5.

At 4-4 in the second we were all waiting for a possible refereeing decision to extend the match to a third game, with referee Neil Large and the Video Referee (me) available to the highest bidder.

However, Mike Dale won the rally fair and square to clinch the title.

In his celebration speech, Mike said: “With Southampton beating Tottenham and now winning a title on the glass court this has been the perfect dream weekend. I am now off to teach Declan James on how to choreograph his dance steps if he beats Marwan tonight.”

Negotiations are taking place with BT Sport to show a highlights reel on Thursday and Friday, when a panel of experts have been selected to analyse Sean Reuthe ‘s backhand swing.

There was one tense moment when we waited for Dale to serve into the tin when he held match ball at 8-0 against Artyom Liss from the BBC, but he failed to follow the example set by Mathieu Castagnet against Sam Todd on Sunday evening, thereby ruling out the chance of Dale winning the Sportsmanship Award as well.

That was won by Artyom for kindly hitting 15 service returns into the floor.

Thanks to everyone for taking part, and special thanks to Dunlop Squash for providing two rackets for the finalists, the PSA Media Team for rustling up some goodies, and to James Willstrop for giving us some quality time ahead of his match last night.

It was nice to see opera singer Alex Wall taking part and showing some classy touches on court.

Alex will be back on the glass court on Friday evening to perform ahead of the final.

Fans have the opportunity to vote on which song he will perform:

Looks like some heavy money going on Time To Say Goodbye, knocking Nessun Dorma off the top spot, but there is still plenty of time for fans to vote – just click the link above 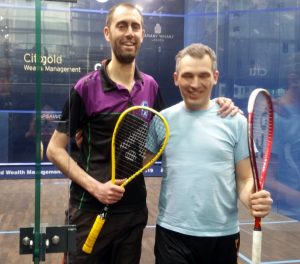 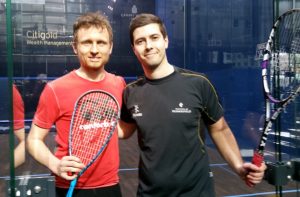 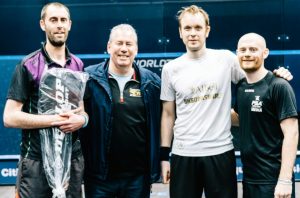 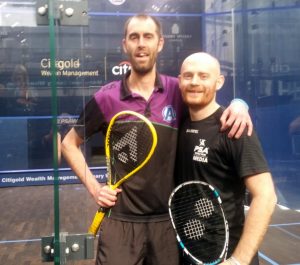 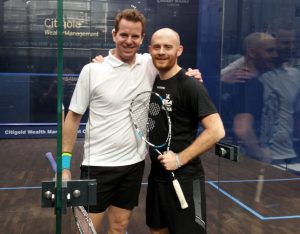 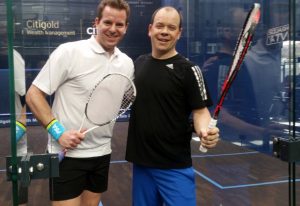 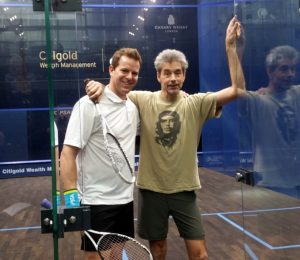 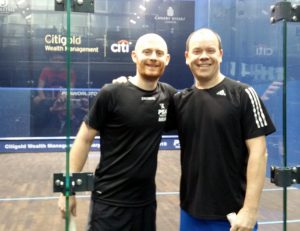 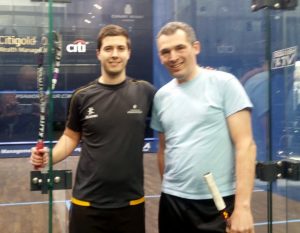 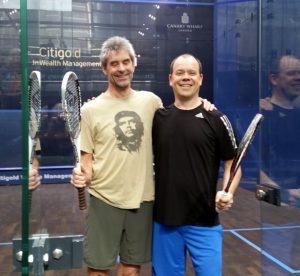 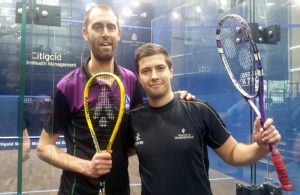 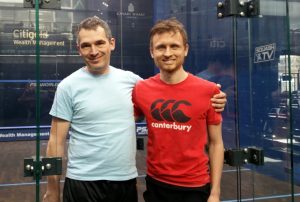