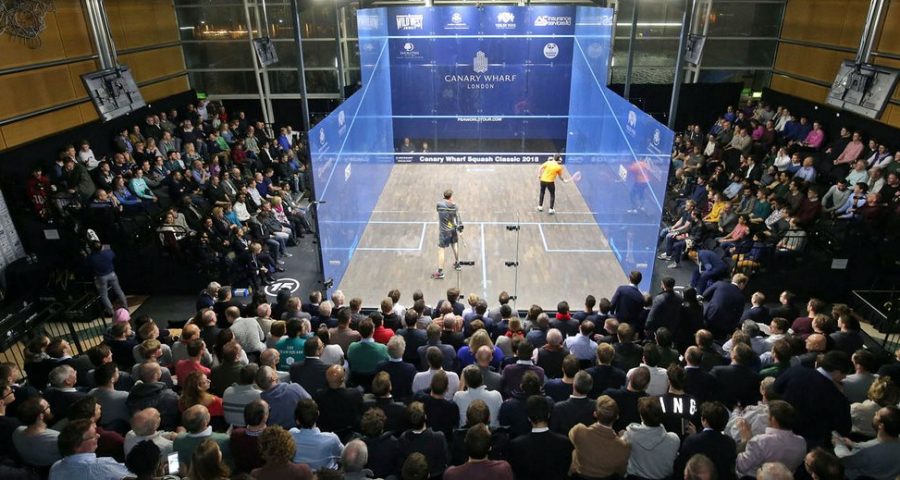 Bristol-based Egyptian brothers Mohamed and Marwan ElShorbagy claimed wins on the opening day of the 15th edition of the Canary Wharf Classic as a best-of-three games scoring format was used for the first time in a ranking PSA World Tour event.

Hesham showed glimpses of the shot-making talents that have made him one of the most mercurial talents on the PSA World Tour but he was held at arm’s length for the majority of the match by ElShorbagy, who wrapped up an 11-6, 11-6 victory to make it 27 wins out his last 28 matches.

“He got to World No.13 and he had a really bad injury. He’s making his way back and he’s been playing well. Every tournament he’s been getting better and once I saw that I had him in the first round I had to have a special preparation for him because he is very tricky.

“I knew he would be good in a best of three as well because of the shots he plays, so I had to be on my toes and be sharp from the very first point. I’m just really glad my plan worked out in the end.“

Mohamed will line up against Tournament of Champions winner Simon Rösner in the next round after Rösner defeated best friend Nicolas Mueller 2-0.

“Never easy playing your good buddy in a tournament,” tweeted Rosner. “Glad I pushed trough it in two games (bo3 only). Happy to be playing on that amazing court and crowd in two days again. Up against World champ MoElshorbagy. Fingers crossed.

Meanwhile, World No.4 Marwan claimed his first ever victory at the Canary Wharf Classic after he defeated Colombia’s Miguel Angel Rodriguez.

Marwan hadn’t tasted victory at this tournament in four previous appearances but a comfortable victory in the opening game laid the foundations for an 11-5, 14-12 victory for the man from Egypt.

“Of course, in the second Miguel played really well and came back from 6-2 down and I’m happy to win.

“I’ve played this tournament four times, this is my fifth time and it’s my first win in Canary Wharf. I’m so happy to finally get my first win here and hopefully I can keep going.”

Marwan will line up against England’s Daryl Selby for a place in the semi-finals, with Englishman Selby coming back from a game down to defeat Australia’s Cameron Pilley.

“Best of three is so different and anyone who said it’s not as physically hard [as best of five] is wrong because there were some really brutal rallies in that and I’m glad I didn’t have to play any longer than three games,” said Selby, who this month celebrated his 100th month inside the world’s top 20.

“Me and Pilley are good friends and we’ve been doing a podcast [Comments from the Couch] together, which has been good fun. We’ve known each other for 20 years and it’s always a pleasure to play against him, he’s a great competitor and can hit some unbelievable shots.” 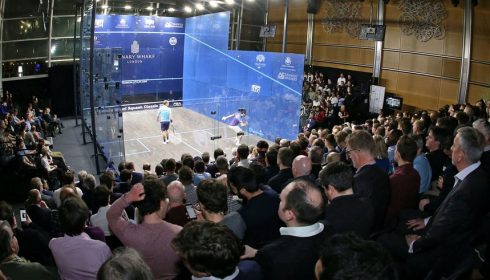