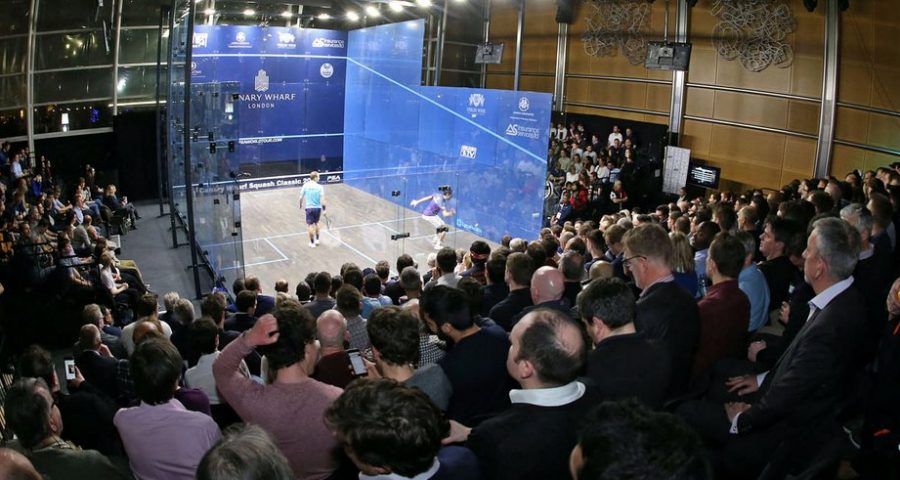 The second day’s play on the Glass Court at the Eastwintergarden saw the remaining seeds win through to the quarter-finals – each of which will feature an Egyptian as the favourite.

Willstrop gets CW Campaign off to winning Start

Four-time Canary Wharf Classic champion James Willstrop got off to a winning start at the 2018 edition as all the seeded players claimed victories for the second successive day inside London’s East Wintergarden as the trial of the best-of-three games scoring format continued.

34-year-old Willstrop is a real crowd favourite at East Wintergarden and has been a perennial title contender at the prestigious tournament since his first appearance here in 2006, winning four of the seven finals he has participated in.

Lobban, meanwhile, had beaten top qualifying seed Declan James to qualify for the main draw of this tournament for the first time and brought the best out of Willstrop as he covered the court well and hit some fine shots of his own to push the Yorkshireman hard at the beginning of both games, but Willstrop showed his class to come through by an 11-6, 11-7 margin.

“He’s so strong and so fast and I know that the rankings show a certain story but the players don’t even look at that story really. I had to prepare so well and I’m really pleased to win.

“This best of three is a fantastic sharpener for everyone and you have to bring more out of yourself. It’s completely different, it changes the whole thing and it’s fascinating stuff for us. The idea is that it’s fascinating for the crowd, so hopefully it’s working. “

Willstrop will take on the in-form World No.6 Tarek Momen in the last eight after the Egyptian came out on top against French qualifier Gregoire Marche, winning it 11-7, 11-6 on his first Canary Wharf Classic appearance since 2012, when he lost out to Willstrop in the quarter-finals.

“I’ve always loved this venue and every year I skip it I feel it is a shame because the draw is just too strong and sometimes you’re seeking points. I’m happy that I’m in a position now where I can afford to play.”

Cheltenham-based Lake came flying out of the traps as he matched Farag stride for stride and played at a level that belied his ranking of World No.50, but Farag finally adapted to the left-hander’s style of play and he claimed a closely-fought victory by an 11-8, 11-9 scoreline.

“It’s too early to form an opinion [on best of three] at the moment but I think the most important thing is that we need to try it out,“ Farag said.

“For anything in life, if it’s sport or a business, you have to change and always evolve and I think that, even if it’s not the right change for the sport, we need to keep trying new things. Thanks to Canary Wharf because it always takes the initiative, such as the three referees system to start with, then back to the one referee system with the video decisions and now with the best of three.”

Farag will do battle with Australia’s Ryan Cuskelly who claimed his first ever win over Spain’s Borja Golan to ensure a clean sweep for the seeded players.

“It was a tough match,” said Cuskelly.

“It was my first time playing best of three and I was very edgy because every point is pretty important and he [Golan] has had some good results in the last few weeks.”

The quarter-finals will take place on Wednesday when the best-of-three games scoring format will be used for the final time in this tournament – the traditional best-of-five games format comes into play for the semis and final. 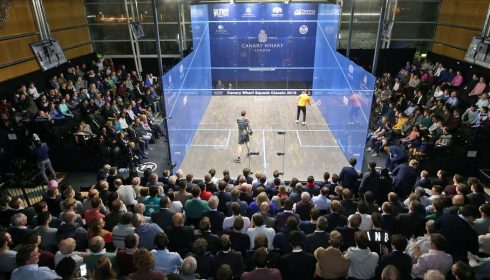