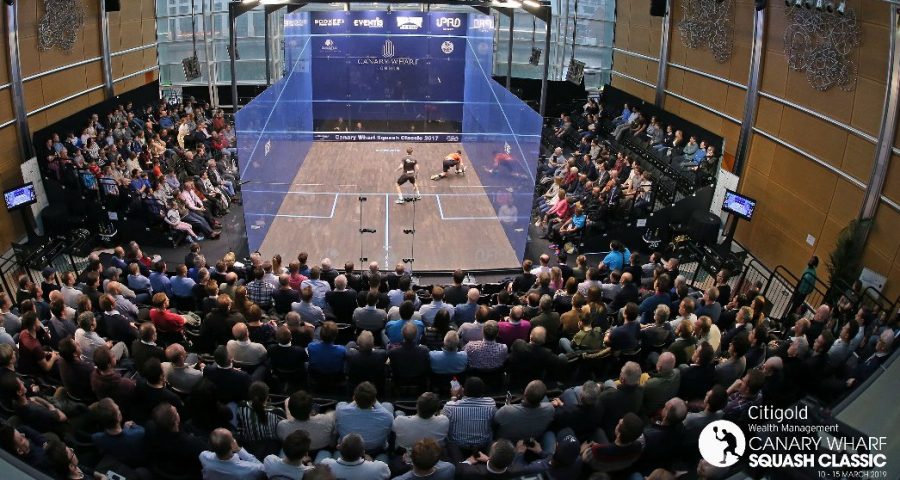 ElShorbagy made his return to the PSA World Tour Gold tournament after a five-year absence last March and battled through a top-class draw to become the first Egyptian to get his hands on the prestigious trophy.

Along with the rest of the top eight seeds, ElShorbagy will receive a bye into round two, where a win over former World No.3 Mosaad or Golan could pit him against younger brother Marwan ElShorbagy in the quarter-finals.

“We are delighted to see a truly world class field grace this year’s event. It fantastic to have the World No.1 top the draw in our first year as title partner of the tournament and we are sure there is going to be some amazing squash for the fans in March,” said Mirka Potrykus, Marketing at Citigold Wealth Management.

2018 runner-up Tarek Momen is seeded to meet Mohamed in the last four, but will need to negotiate a draw which also features Germany’a Raphael Kandra, four-time winner James Willstrop and No.8 seed Ryan Cuskelly.

No.2 seed Simon Rösner is on the opposite side of the draw as the ElShorbagys. The World No.4 will contest his round two fixture with either 2016 champion Mathieu Castagnet or tournament wildcard Sam Todd, the U17 British Junior Open runner-up who hails from Pontefract.

2017 runner-up Fares Dessouky is seeded to play Rösner in the quarter-finals, while World No.6 Paul Coll – the New Zealander whose stunning retrievals saw him go viral during the 2016 Canary Wharf Classic – and Hong Kong’s Max Lee also feature.

In addition to Yorkshiremen Willstrop and Todd, there will be a quintet of Englishmen in action, with Colchester’s Daryl Selby, Hersham’s Tom Richards, Nottingham’s Declan James, Leicester’s George Parker and Enfield’s Adrian Waller all competing.

The 2019 Citigold Wealth Management Canary Wharf Classic takes place between March 10-15 and will see a best-of-three games format trialled for a second successive year up until the semi-finals.

All of the action from East Wintergarden will be shown live on SQUASHTV (rest of world) and Eurosport Player (Europe only). Semi-final fixtures will also be broadcast on BT Sport, Fox Sports Australia, Astro and more.