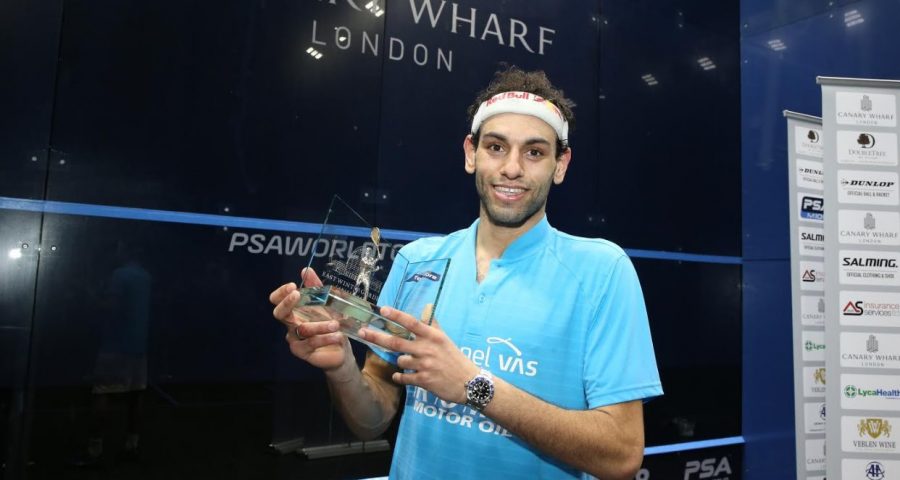 World No.1 Mohamed ElShorbagy will return to London’s stunning East Wintergarden between in March as he aims to defend his Citigold Wealth Management Canary Wharf Classic title.

ElShorbagy, the reigning men’s World Champion, prevailed in a marathon five-game battle with compatriot Tarek Momen in last year’s final to mark his first appearance at the tournament in five years and the pair will once again return to battle for the PSA World Tour Gold title in March.

A top-class draw will compete for the prestigious title, including Germany’s World No.3 Simon Rösner and New Zealand’s World No.7 Paul Coll, the latter of whom reached the semi-finals of this tournament in 2016.

England No.1 James Willstrop heads up the home interest and will look to add to his four Canary Wharf Classic titles, with the most recent of those coming in 2013.

The 35-year-old will be joined by fellow Englishmen Daryl Selby, Tom Richards, Declan James and rising Yorkshireman Sam Todd. Todd takes the wildcard spot and the 15-year-old will look to build on a runner-up finish at the British Junior Open last week.

“We are really looking forward to watching such a strong line-up compete for the title and are proud to be sponsoring the prestigious Citigold Wealth Management Canary Wharf Squash Classic.”

A best-of-three games scoring format will be trialled at the tournament for a second year in succession. First round, second round and quarter-final matches will be played using the format, while the semi-finals and finals will revert to the traditional best-of-five games scoring.

Tickets are now sold out, but action from every match will be shown live on SQUASHTV (Rest of World) and Eurosport Player. The semi-finals and final will also be broadcast on BT Sport, Fox Sports Australia, Astro and more.