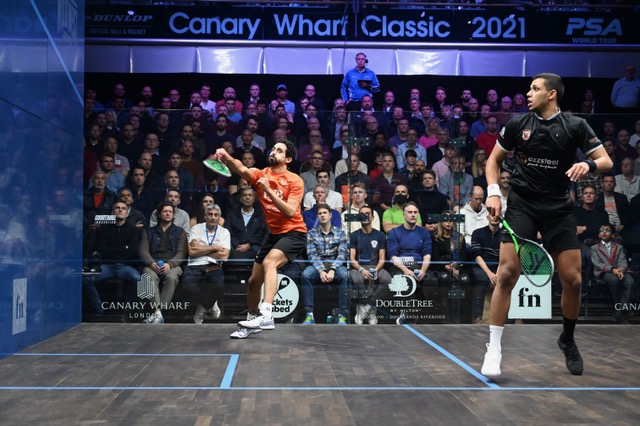 Egypt’s World No.4 Tarek Momen got his revenge on compatriot Mostafa Asal to book his place in the semi-finals of the Canary Wharf Classic taking place at London’s East Wintergarden.

Momen had lost the previous four meetings to 2021 U.S. Open winner Asal, some in controversial fashion which had caused a fierce rival between the two Egyptians, but Momen put right those wrongs with a dominant performance at the PSA World Tour Gold event.

The former World Champion trailed for most of the first game but was able to capitalise on some loose shots from his younger opponent to take the lead. A hand injury at the start of the second game did not stop the momentum of Momen as he powered to the finish line 11-8, 11-3.

Momen left the court with the little finger of his racket hand in spasm.

He explained: “I think my hand hit my kneecap as I was hitting my shot and it sort of paralysed half of my hand.

“I’m glad I could finally take advantage of the three-minute injury break. It always gets used against me, so finally I can make some good use of it myself.

“I’m just happy with the way I played today, given all the history it’s tough to get your head in the game and I managed to do that well today and stay calm. I always like to enter every match just thinking about the game plan, cancel out everything that’s happened before, only focus on my game and I’m very happy I could do that today.”

Momen will face top seed Ali Farag for a place in the final after the world No.1 defeated Colombia’s Miguel Rodriguez in a match that fully entertained the packed-out London crowd.

The Colombian delighted the audience with his electric movement and creative shot making, but was unable to really trouble the reigning World Champion as he prevailed 11-8, 11-3 in 22 minutes.

During the post-match interview, Farag was asked about a recent exhibition he had played with Rodriguez in New York.

Farag admitted: “I wouldn’t say we played an exhibition match, he played the exhibition show. I was watching.

“Miguel is such an entertainer. What I admire so much is he can do it whilst playing serious squash as well and winning the British Open and achieved so much whilst playing such entertaining squash.”

He has been practising with Momen all week and, when asked about playing him in the semi-finals, he added: “I was warming up so couldn’t watch everything but I watched bits of it. Both are brilliant players and they’re evenly matched every time they play. This time Tarek came out on top so I’m going to have a tough match but one which I will really enjoy.”

The other semi-final will see a rematch of the Qatar Classic final as Peru’s Diego Elias and New Zealand’s Paul Coll go head-to-head for a place in the conclusion of the Canary Wharf Classic.

The last time the two players met it was Elias who took the memorable victory as he claimed his maiden Platinum title in Doha and he continued that rich vein of form with an impressive performance against France’s Gregoire Marche to win 11-7, 11-7 in 38 minutes.

“I’m not used to best of three,” said Elias afterwards. “I’ve done well this week. Best-of-three requires a different warm-up, different mentality. In Qatar I was 2-0 down against Greg so I knew I had to be at my best from the first point, so I’m happy I did that and against Paul it’s like the final again in Qatar.

“I think in the head-to-head its 2-2 so it’s always tough, but you never know, tomorrow’s another match and I just need to prepare well and be ready.”

With a return to best-of-five scoring, Asal is expecting a long match. He added: “It’s always long with Paul. I have to go on court with that mentality to be there for a long time and I think I’ll be alright.”

Coll, meanwhile, was at his clinical best to overcome Welshman Joel Makin in straight-games and book his place in the last four.

A superb technical display by the New Zealander proved to be too much for Makin as he closed out the match 11-5, 11-6 under the bright lights of the East Wintergarden.

“He’s very strong across the middle as soon as I left the ball short, I was in a lot of trouble and he can pick up a lot of balls. It was a challenge for my squash and my patience and mentality and playing the right shot at the right time, so I’m just really happy to win that 2-0 and get through to the semis super fresh.”

Asked about a possible rise in the rankings to world No.2 if he wins the tournament, Coll said: “I’m in a new stage of my career that I’m working through mentally. This is a big tournament for me, a big match for me.

“I’m expected to win all these matches now, I try to leave all that stuff off court because its stuff you can’t control. There’s a lot on the line for me so I’m just really happy with the performance.” 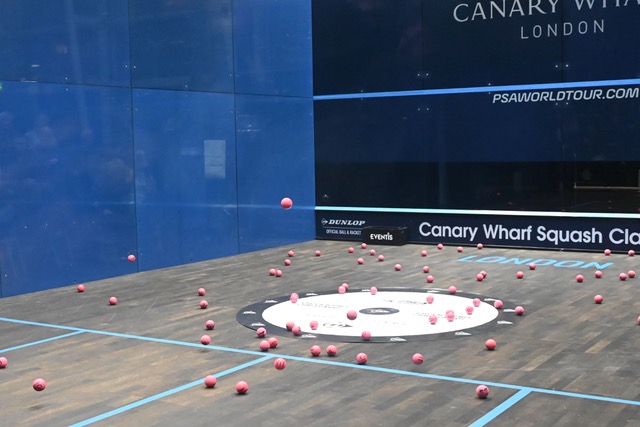 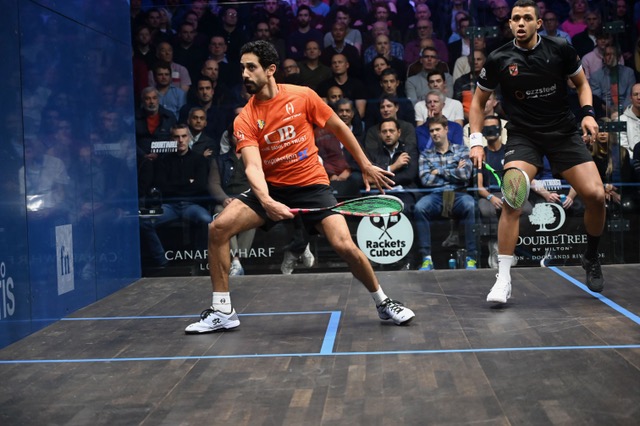 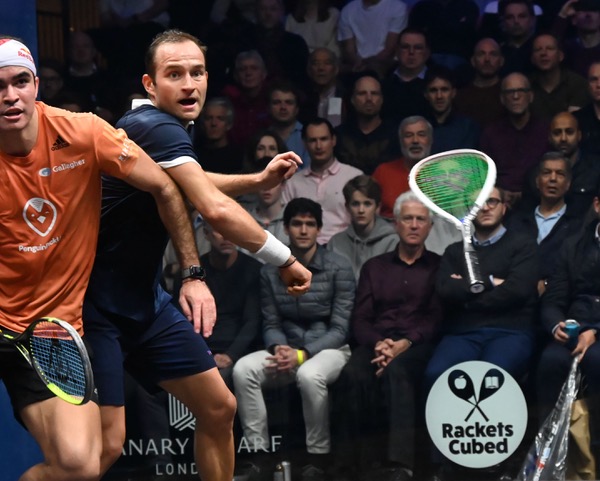 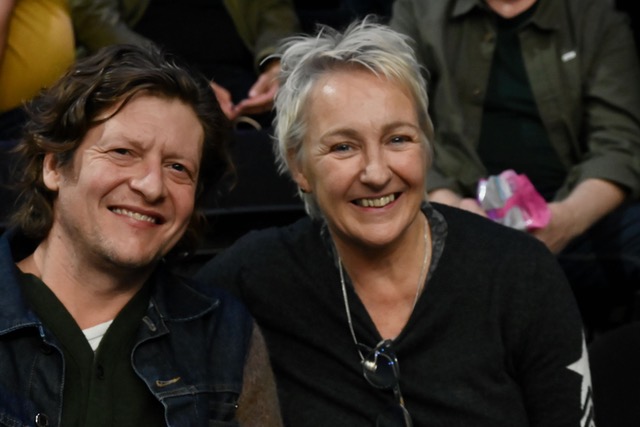 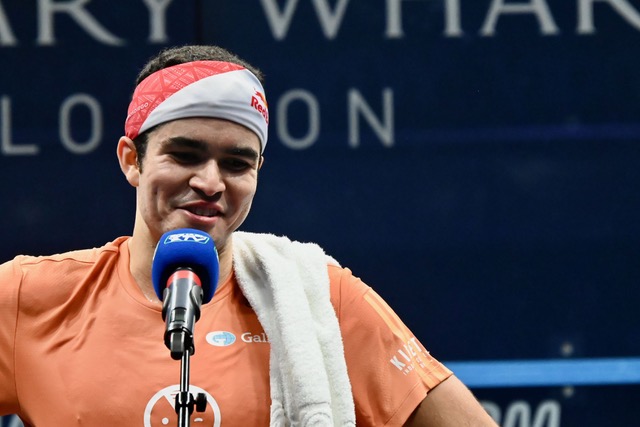 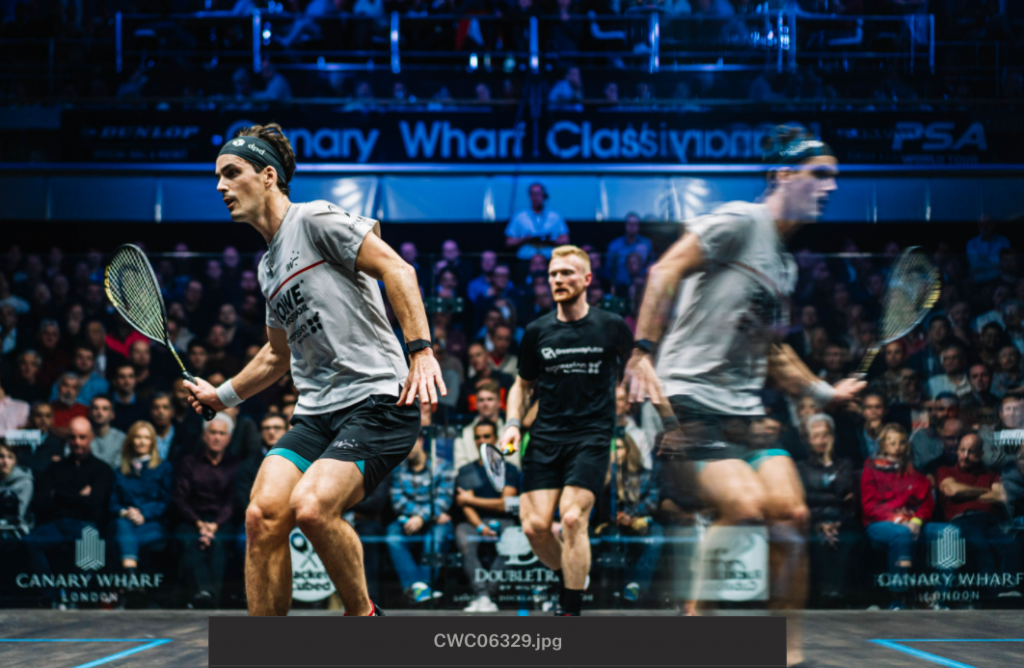 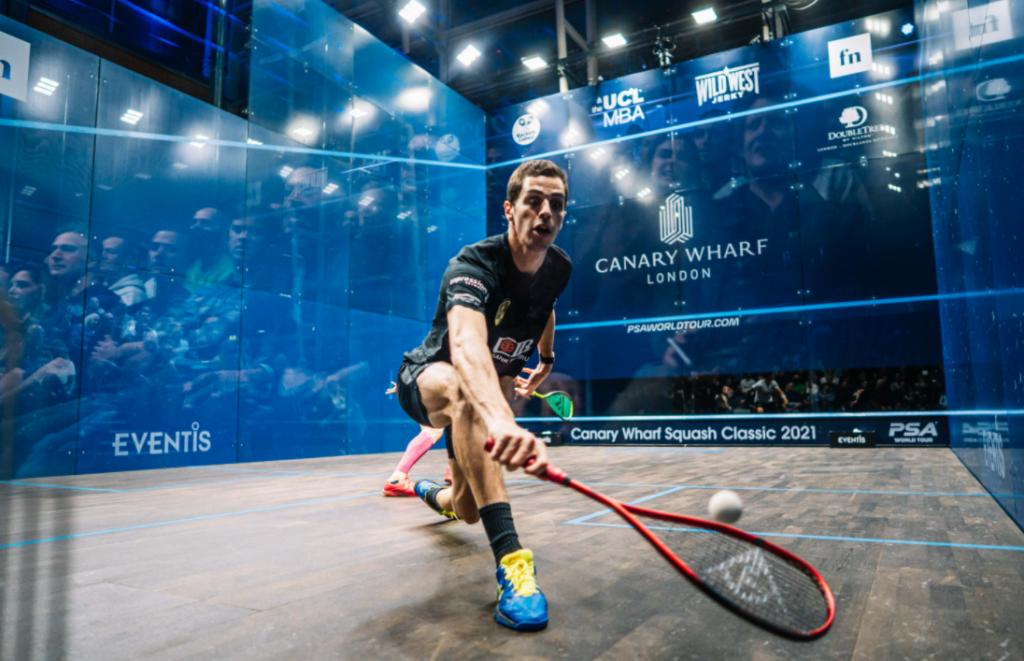 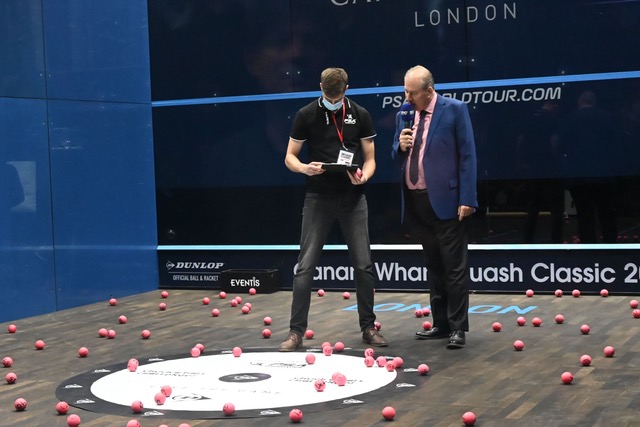 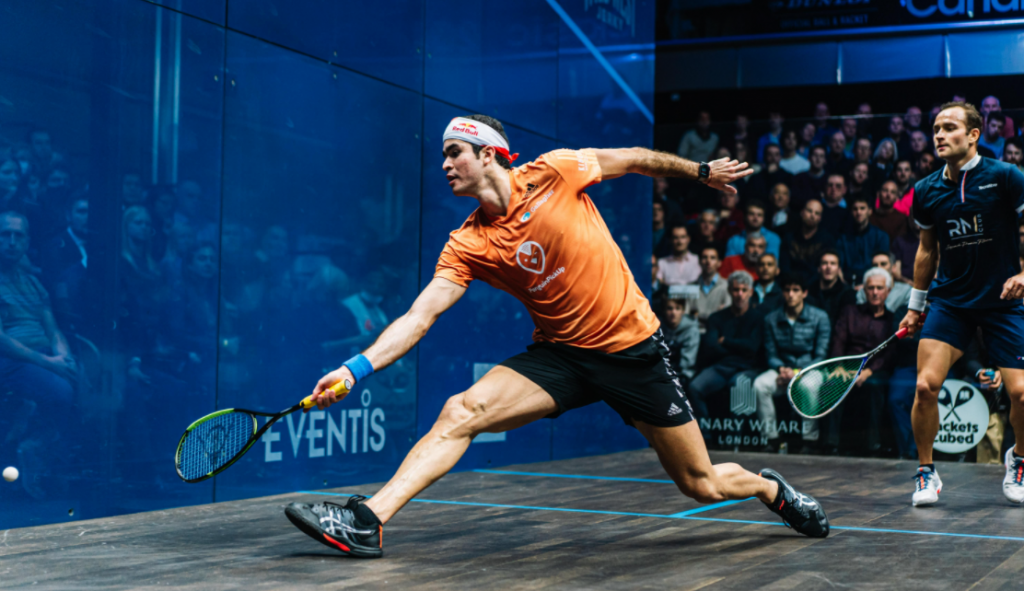 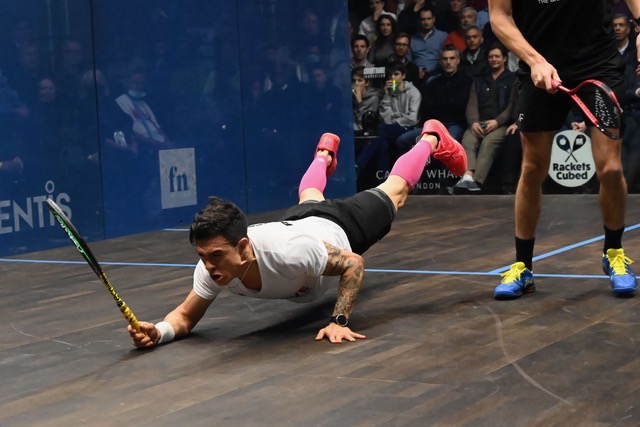 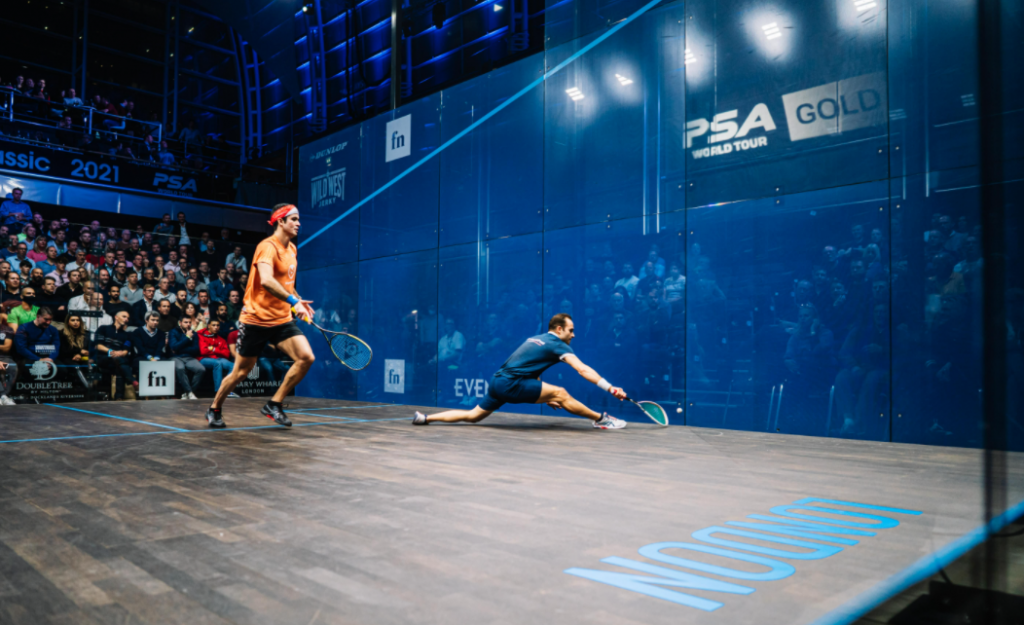 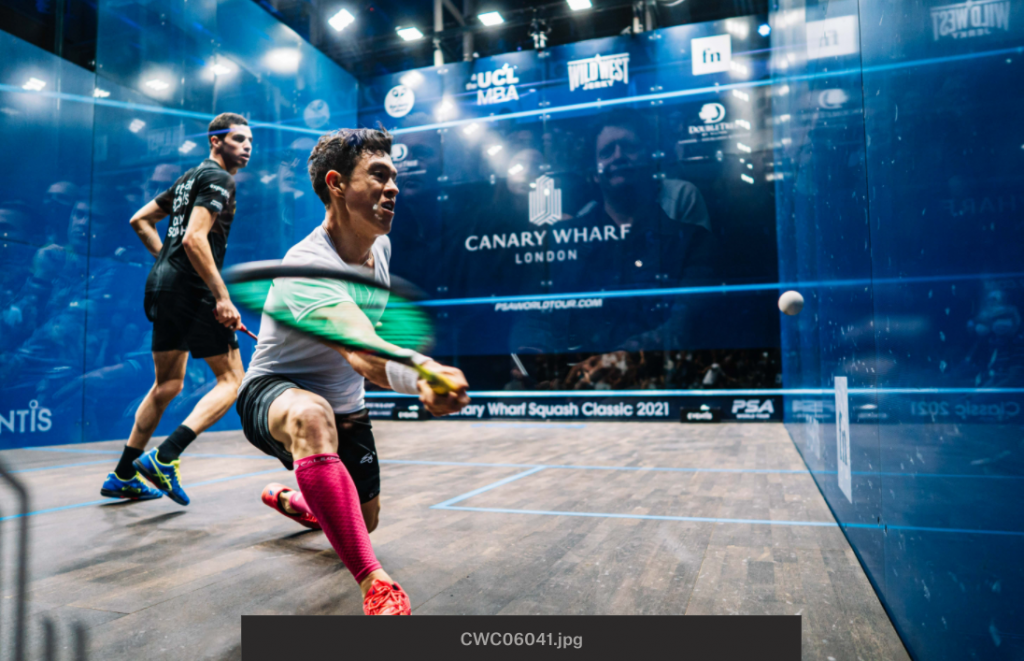